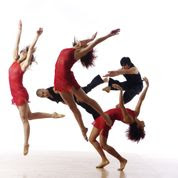 Delfos Danza Contemporánea is one of Mexico’s leading contemporary dance companies earning worldwide acclaim. In its 20 years of ongoing presentations, audiences in Latin America, Asia Europe, Canada and the United States, have been delighted by Delfos’ uniquely dynamic repertory.


When Mexican choreographers/dancers Claudia Lavista and Victor Manuel Ruiz founded the company in 1992, their dream was to create not only dynamic new works in the spirit of collaboration but also to develop a professional training program for contemporary dancers. The effort resulted in the Mazatlan Professional School of Dance (EPDM), founded in 1998. Based at the Angela Peralta Theater and the Municipal Center for the Arts in Mazatlan, Mexico, both Delfos and EPDM are recognized as two of the most important dance organizations in Latin America.


Ever since its origins, the company has maintained a constant interest in the creation of projects in collaboration with creators of other artistic disciplines and has worked with outstanding international artists across disciplines and with unique visions.
Some of the collective’s major international awards for Dance include the Mexican National Dance Award, Best Dance Company in Mexico by the Critics Union, the Artistic Merit Award in Brazil, and the Best Show Audience Award at the XXV Lila López International Dance Festival in 2005 in San Luis Potosi.

Steeped in saturated color and magic realism, the company’s 20th Anniversary program of mixed repertoire will include two signature works: Del Amor y Otras Barbaridades (Love and Other Calamities), a work choreographed for three couples who reveal fragments of their intimacy (1997); and Trio y Cordon (Three on a String) in which bodies intertwine, weaving a hidden web that inevitably unties them (1992).


Last seen at the Dance Center in 2009, the company’s performances will take place on the following dates:


Visit our website for job postings and other announcements, www.ilache.com.